Discovering How I Could Move Again 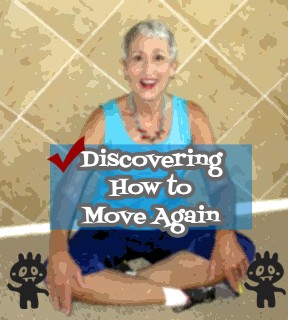 Having spent most of my life pursuing gymnastics and dance, being able to move with balance and symmetry was for me a priority. That meant keeping my body’s left and right sides strong and flexible, along with making balancing on one leg look just as easy as being on two.

But ALS threw my whole body out of sync. Suddenly my right leg moved slower than the left. My upper body felt energized, while the lower half begged to sit and rest. The slow, uneven loss of motor neurons played havoc with instructions coming from my brain. Those of us with ALS know all too well the frustration of having a brain that remembers how to move correctly, but a body that simply doesn’t.

As tempting as it was to just give up at that point, I didn’t.

Instead, I thought back to my early days in dance, and how new and complicated step patterns always made me feel as if I had two left feet. But with enough practice and time, I found success. The secret was to break down the step pattern into smaller bits, practice in slow motion, and relate everything back to fundamentals. Easy fundamentals like doing: step-step, rock-rock.

I didn’t know it then, but I was tapping into the neuroplasticity of my brain. Simply put, neuroplasticity is our brain’s ability to grow, learn and change – no matter what our age is. I knew that with ALS my previous ways of achieving graceful movement were never going to return. But I did hope that I could use neuroplasticity to teach my brain to work with the body that I had now — to find a new sense of moving well, while my new sense of balance came by way of using a rollator (a walker with wheels).

So I went back to repeating basic movements. Very basic movements, such as on my hands and knees crawling like a baby, walking forwards and backward with my rollator, swaying side-to-side while standing, and even ‘dancing’ to music while sitting in a chair.

Sometimes it felt too easy, other times too hard, and sometimes I wanted to give up. But I kept on. Over time I felt a little more confident with my body’s imbalances, and I eventually got used to my new way of moving. Now I’m less frustrated with a body that moves a little bit stiff, a little bit slow, and a little bit uneven.

Keeping the core movements while expanding my possibilities

Even though I’ve gone on to add many more movements and exercises to my day, these special basic movements continue to be the core of my daily routine. This is one of the reasons why I’m such an advocate of exercise and its benefits for all of us who live with ALS.

It’s not only about fitness; it’s also about letting our brains and bodies get used to being together again. To learn to love and have confidence in the body we have now.

Because how we move is not as important as why we are moving - - We move to continue to be an active participant, in the world around us.

If you never try, you will never know

Read my column published every Tuesday 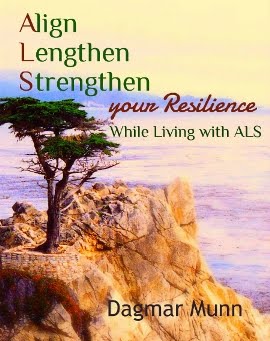 I'd love to have you follow my blog and I promise not to clog your in-box. Enter your email address and I'll send you a notice each time there's a new post. Your email won't be used for anything else. Sign up below.

INDEX OF ALL BLOG POSTS 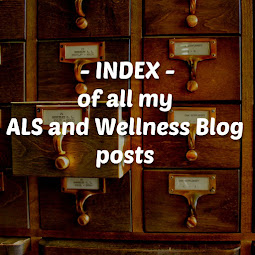 50+ great posts! Click the photo to search all blog posts by title or category